Winning On And Off The Track

Bubba Wallace Looks To Set The Pace For NASCAR 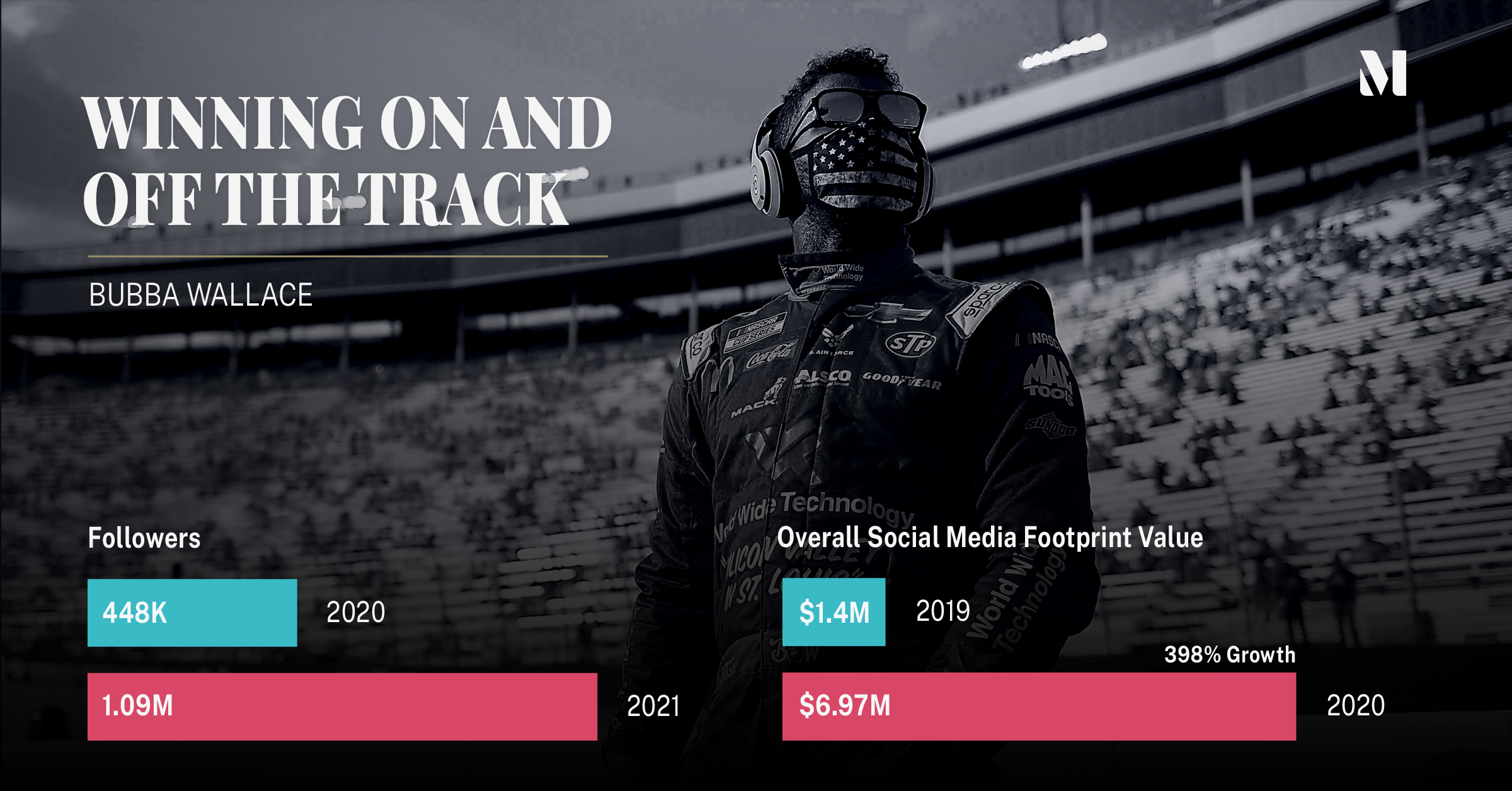 As the eyes of Motorsports turn toward Daytona, the world will be watching one driver, and a new team, maybe more than anyone else. The driver is Bubba Wallace, and the team is Michael Jordan’s 23XI team, which Wallace will drive for this year, with a big assist from another crossover sports icon in NASCAR, Joe Gibbs Racing.

Wallace, the only elite African American driver for NASCAR going into 2021, was as much involved in the social engagement space for his off-the-track statements and cause marketing efforts in 2020 as for his racing skills. That exposure has given him attention and brand value, which may not have been as prominent if he hadn’t joined forces with the NBA legend and fellow driver Denny Hamlin. This may have also been the case had he not proactively engaged in the “Black Lives Matter” movement following the death of George Floyd last year. Regardless of the circumstances, if things fall into place in the ultra-competitive world of NASCAR, 2021 could be the “Year of Bubba”.

Before we look ahead, let’s take a quick look back to see the social bounce Wallace received following his statements and actions, all of which were universally supported throughout the circuit last summer.

Following the riots that ensued from the Floyd tragedy, Wallace gained 98,789 followers across his social channels the week after the announcement of his Black lives Matter paint scheme. This was a 20% increase in followers. There was also the discovery of a noose in the garage area at Talladega Speedway (an incident that investigators subsequently found to have no connection to Wallace at all), which gave him a 77% increase in followers, mostly on Instagram. His Instagram account today is 3x what it was at the start of 2020 and his overall social media footprint has grown by 4x compared to 2019.

All of that being considered, combined with the notoriety of his team switch, we have seen the ascending driver’s footprint grow more than any other driver as the flag rises at Daytona; post value that went from $1,398,652.36 at the start of 2019 to now, $6,969,485.

That ranks Wallace a lofty third among NASCAR drivers for the value of his social footprint, one of the greatest jumps for a single athlete in any sport, let alone racing.

A perfect example of his expanded reach can be seen in a single post on June 22nd. In the midst of all the protesting and the support campaigns around Wallace, that post alone was worth $1.43 million.

All of that exposure and potential impact will not mean as much without results on the track. Wallace, long seen as a future star before all the attention last summer, always had a chance if he could land a job in top-notch equipment. The partnership of Gibbs Racing, five championships, and 185 wins in 29 years. Hamlin, a savvy veteran driver, with 13 on his own, can help put Wallace in the driver’s seat for success.

It is that combination of social activity, creative buzz, and marketing support tied to top-notch performance that is gold for the rising athlete of today. This takes work, but the key is being in a position to score expansively when those moments come. Bubba Wallace, through his responsiveness and social responsibility, has made huge strides in a year. If the checkered flag can come along for the ride, he could be the breakthrough athlete of the year…well beyond NASCAR.

Let’s see how the results play out.

Looking Back To The NFL And Nickelodeon
What’s Next In The Multiple Stream Offering From Leagues
A Look At Those Who Pivoted And Scored In 2020
Brand, Team Success With Engagement In A Year Like No Other
MVP Reimagines Broadcast Measurement With Integration Of TiVo Data
MVP And Tivo Partnership Announcement