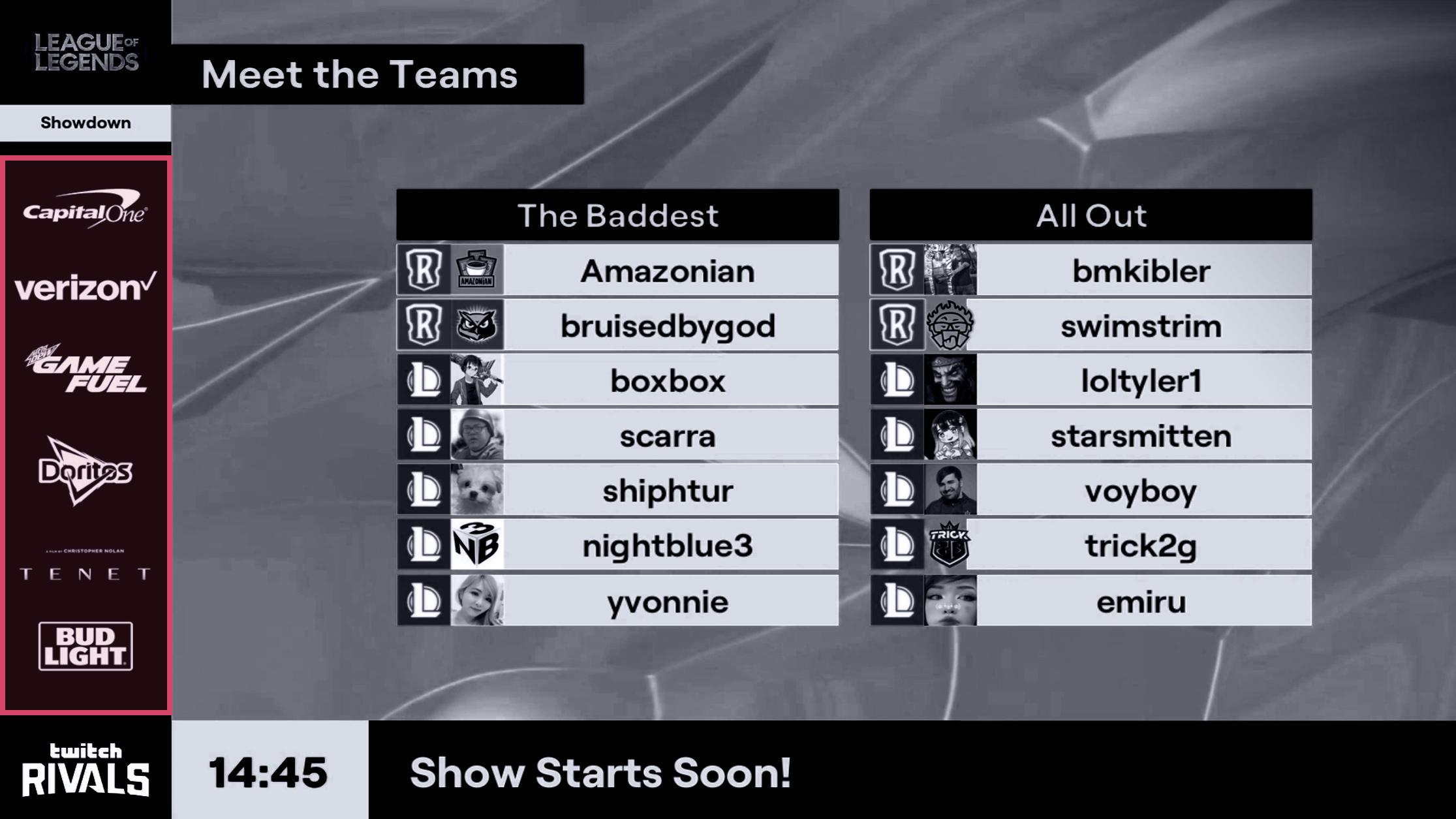 One of the continued areas to watch in the expanding media rights and engagement landscape is streaming and how it continues to carve out a footprint from traditional broadcast. While there are a growing number of streaming platforms expanding the niche and second tier sports by acquiring rights deals, Twitch continues to be generating the most buzz, and the momentum, through the fresh offering for brands doing a reset in these challenging times.

Not sure what that means? Twitch Rivals is a series of competitive events designed from the ground up for Twitch streamers and viewers. 2020 included over 100 event days featuring new formats, games, interactive extensions, and millions of dollars in prize money. Twitch Rivals hosted an average of 22 sponsored events over the past two quarters with an average of 14,278 viewers in Q3 alone.

“Our goal was to take the recreational consumer who has a casual interest in gaming and build out a platform where they are part of a community that was both fun and competitive over an extended period of time,” said Lou Garate, Head of Global Partnerships for Twitch. “If we could build competition and community, brands who have been reticent in looking at the gaming space could follow.”

The idea of sponsor integration into streaming around video games has been growing, but for traditional brands it still remains tricky. It is not the same investment and ROI for what they would expect from what they would experience in a conventional broadcast environment, and especially in the times we are in now, aversion to risk on spending is high. That’s where Twitch Rivals has found a niche with brands.

“Brands want to easily understand the value and see that there is consistent and authentic engagement from the audience. By creating a competition that is really for the entire community, one that has a prize pool, great authenticity and an audience that is engaged we have shown that this is not just a one off event involving the best of the best,” Garate added. “It is a scalable platform over an extended period of time, and the offering for a brand can take place in many forms, from traditional product placement to endorsements to point of sale and activation codes. It is a wide-ranging opportunity that is residing well as we keep growing.”

Some of the brands that have already come on board and are seeing a return are partners like Capital One, Bud Light and Verizon, all of which have found authentic integration opportunities within the competition. The investments have come in various forms, both from a reallocation of dollars in traditional sports marketing budget to new dollars dedicated to brand growth amongst a very active demo that is enjoying esports and gaming. “Everyone involved in sponsorship these days is seeing if not a shift, then a fresh look at how spending is being done, and brands are looking to better understand the gaming and esports space,” Garate, who spent over a dozen years as Head of Global Partnerships at NASCAR building their sponsorship activation platform, said.  “What we are able to do is explain and create a seamless opportunity that is not too far off what they have seen in the traditional sports space, and keep expanding that offering through education around the streaming space. It can be very scalable and you can see the ROI through the numbers.”

And those numbers in the sponsor journey can be generated pretty seamlessly by the analytics MVP provides.

“Sponsorships allow their space to thrive and it shows support for what it is that they love most,” said Katrina Palanca, Director of Sponsorship Operations at Twitch in her talk at the 99//Club Digital Festival.

"MVP has been an invaluable resource for the Twitch Properties group during an exciting time of growth for Twitch Rivals.  With a myriad of new official media partners jumping on board with Rivals this year, the team at MVP has been a reliable source for measuring these partnerships and providing us with helpful context and guidance on how to drive optimal exposure and value across the board” said Nathan Lindberg, RVP East, Twitch Properties.

And by the way, across the board also includes the ever-expanding relationship Twitch has away from Twitch Rivals and into their work with traditional sports communities like the one that is emerging through the Amazon/Twitch relationship with the NFL.

The Twitch streams have grown an interactive community for Thursday Night Football, not just as the streaming channel hosts give their opinion of what they are watching, but also for polling from those watching, for contests and for rewards which can create alternative viewing options for things like gambling data, all customized to that community. There is also no real limit to the number of streaming channels that the host can provide, which can bring in anything from multiple languages to celebrity commentary to eventually consumers choosing their own voices and even POV for how they want to consume the live game content. The communities on the channels for TNF for example are in excess of 30,000 followers interacting with each other per channel, as the hosts provided feedback, thoughts, and answers to questions that were more fun than deep dives. Oh, and by the way, the streams down the road are also ripe for additional sponsor revenue as well as is the ancillary content that has been created by Twitch during the week to support the live broadcast stream.

Now of course there are some challenges to splitting the broadcast pie like this. The big dollars still flow to the primary broadcast channels, and diverting the audience to other screens can, at least for the short term, have an impact on audience size, which in turn still draws sponsor dollars and activation. However if the feeling is that the streaming audience, especially one that has a wide following in gaming and has already been built by Twitch, is an audience that is brand desirable, and it is, then you are finding a new avid brand-consumer who might not be watching traditional sport all the day but has an affinity for community and for gaming.

It is a continued experiment into where the broadcast will go, and how the user experience is evolving for some of the biggest and most valuable sports properties anywhere. There will be fits and starts and some bumps along the way, but rest assured the eyes, and ears of every league, and every property, are looking at Twitch and seeing not just how it is going, but how it will evolve as rights deals in everything from sports to popular culture come into play.

Covering The Stands Didn’t Cost Value
How Tarps Have Helped Find New Wins For NFL Brands
COVID-19 Impact Analysis
In order to assess the impact that COVID-19 has had on the U.S. sports industry, MVP valuated social performance by league.
NBA Draft Night: Partners Score In Creative Ways
A Look At How Brands Found Their Narrative On An Unusual Night