Looking Back To The NFL And Nickelodeon

What’s Next In The Multiple Stream Offering From Leagues 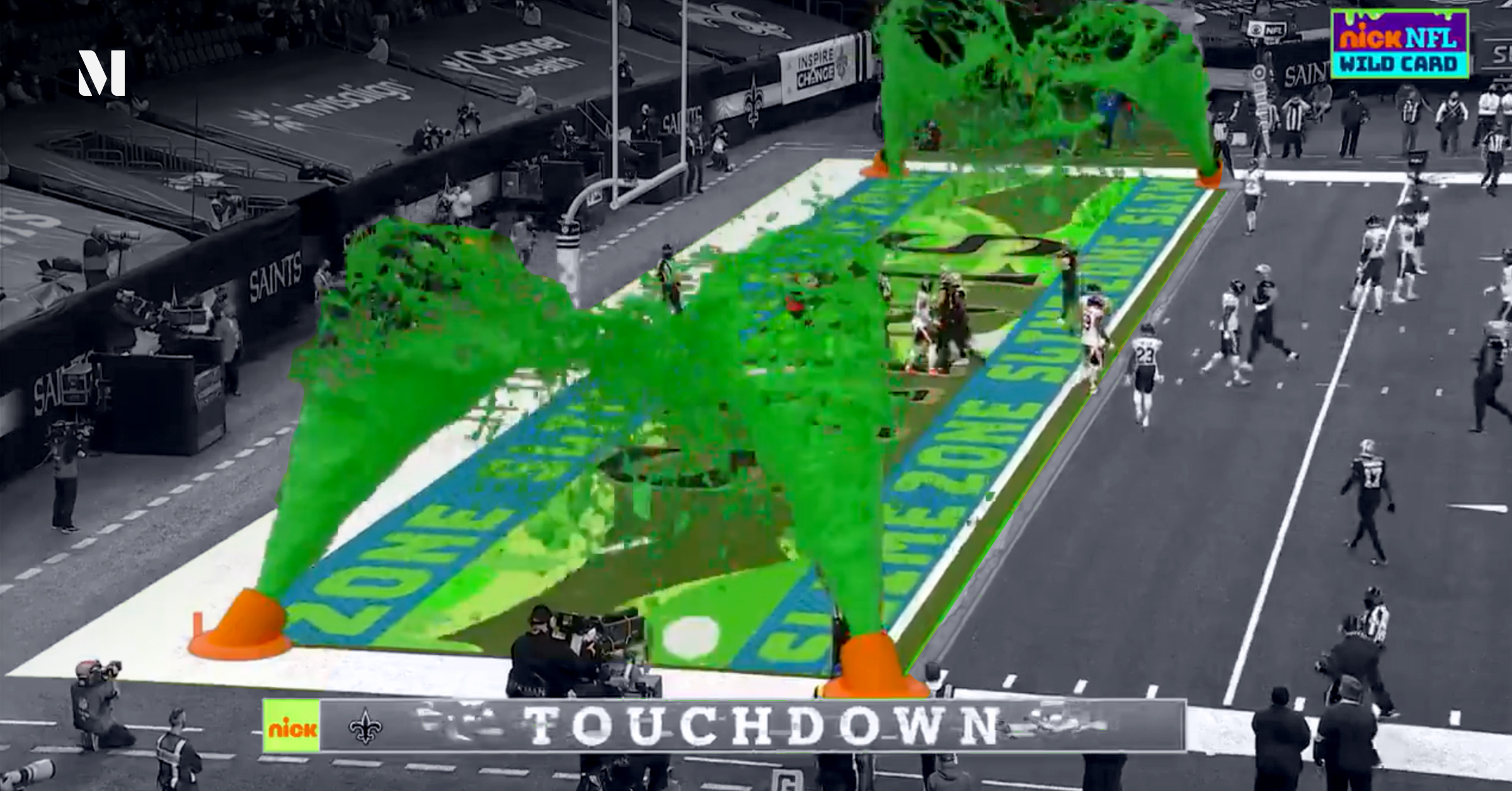 When we look back over the innovative ways social engagement was used by sports during the pandemic, several flash points will jump to mind. NASCAR’s iRacing is one that will be measured as a best practice, the continued growth of the NBA 2K league, the way the WNBA was a first adopter deep in social causes, are all moments in time that will shine through.

From a big picture and somewhat unexpected engagement point, we may look at the risk that Viacom and CBS took with Nickelodeon to execute a complete broadcast of an NFL Wild Card game from a kids point of view, as the biggest innovation of the past ten months.

Now developing a “second screen” for broadcast isn’t new. ESPN continues to work through their big game versions of “The Megacast,” for events like the College Football Championship. We have seen Turner and CBS execute a multiple POV broadcast for March Madness. Even the NFL has taken a deep dive through their “Thursday Night Football” window with Amazon and ventured to Twitch to create alternative viewing experiences for communities that would normally not be watching TNF.

However, the Nickelodeon broadcast of the Chicago Bears vs. New Orleans Saints Wild Card game went much further.

The broadcast had a confluence of planning, luck and talent that made it the eye-opener of the trio. Announcers Nate Burleson and Noah Eagle, joined by 15-year-old Gabrielle Nevaeh Green, never made it silly. They kept a flow for any football fan and told stories that were well thought out and informative to all. The graphics were fun and entertaining. CBS and Nick found ways in advance to make sure that the players, most of which have been Nick fans growing up, not only went along with the questions and the slime, but actually seemed to really enjoy the experience that was outside of the norm, even for a playoff game. Digital art, like clouds popping up at players’ feet or lighting across their chest, appeared often during replays. It was more colorful than a standard NFL game, and having Young Sheldon explain the rules quickly to viewers managed to stay cute instead of mindless. It worked and achieved buzz while setting a high and probably expensive bar for what can be done next.

Some of the highlights showed some very distinct trends with social media that were indicative of the uniqueness of the broadcast. In evaluating the data on a minute-to-minute level, was this game a tipping point for when a “viral” social movement drove people to change the channel and drive viewership?

All of which led to more buzz in unique communities and opened the door to what potentially lies ahead as leagues start to segment out streaming from traditional broadcast deals.

It’s not hard to look ahead to the day when there will be a kid’s stream, a call your own game stream, a coach vantage point stream, and yes, the data-filled gambling stream. We may also get a silent stream, a stream in Italian or German, all as part of future rights deals which can probably be carved out of a broadcast package. Broadcast is becoming more about choice and point of view not of the broadcaster, but of the consumer enjoying the experience within their unique community.

While the NFL led the plunge and will continue to do so, one wonders what the NBA will do to raise the bar, or how MLB can change an offering given the starts and stops of play and their interest to engage an audience. What will we get from the US Open (golf or tennis) or even more so, from an Olympics which could offer consumers around the world hundreds of niche streams based on the width and scope of competition. While much is still cost prohibitive and brands still hem and haw over the ROI of eyes being driven away from the main broadcast channel, the day is coming. This fall it continued to be ushered in by one of the most reticent leagues to venture from the traditional, the NFL.

The delicate balance lies between data and dollars. The fun of the Nick broadcast was in the novelty. Fans of any age won’t tune in every week, but being open to trying and testing what can be possible for new engagement without driving the core viewer away, will be very important. Too much, and fun goes to fad goes to fade. Too little, and enthusiasm wanes. It’s a delicate balance, one driven by data and dollars, but one which now has more pieces to balance than ever before. Thanks to those listening, leaning in, and looking forward, consumers of all ages now have a great series of choices and options for a Wild Card Weekend that is more wild form a business and engagement standpoint than most would have predicted.

It was great to see the future on the gridiron. Other sports, the challenge and the imagination is in your hands.

Winning On And Off The Track
Bubba Wallace Looks To Set The Pace For NASCAR
A Look At Those Who Pivoted And Scored In 2020
Brand, Team Success With Engagement In A Year Like No Other
MVP Reimagines Broadcast Measurement With Integration Of TiVo Data
MVP And Tivo Partnership Announcement