During a Pandemic, NASCAR and Its Partners Keep Speeding Ahead

By listening to partners, adapting to societal changes, and working collectively, the circuit has grown relevancy and engagement while others were in idle 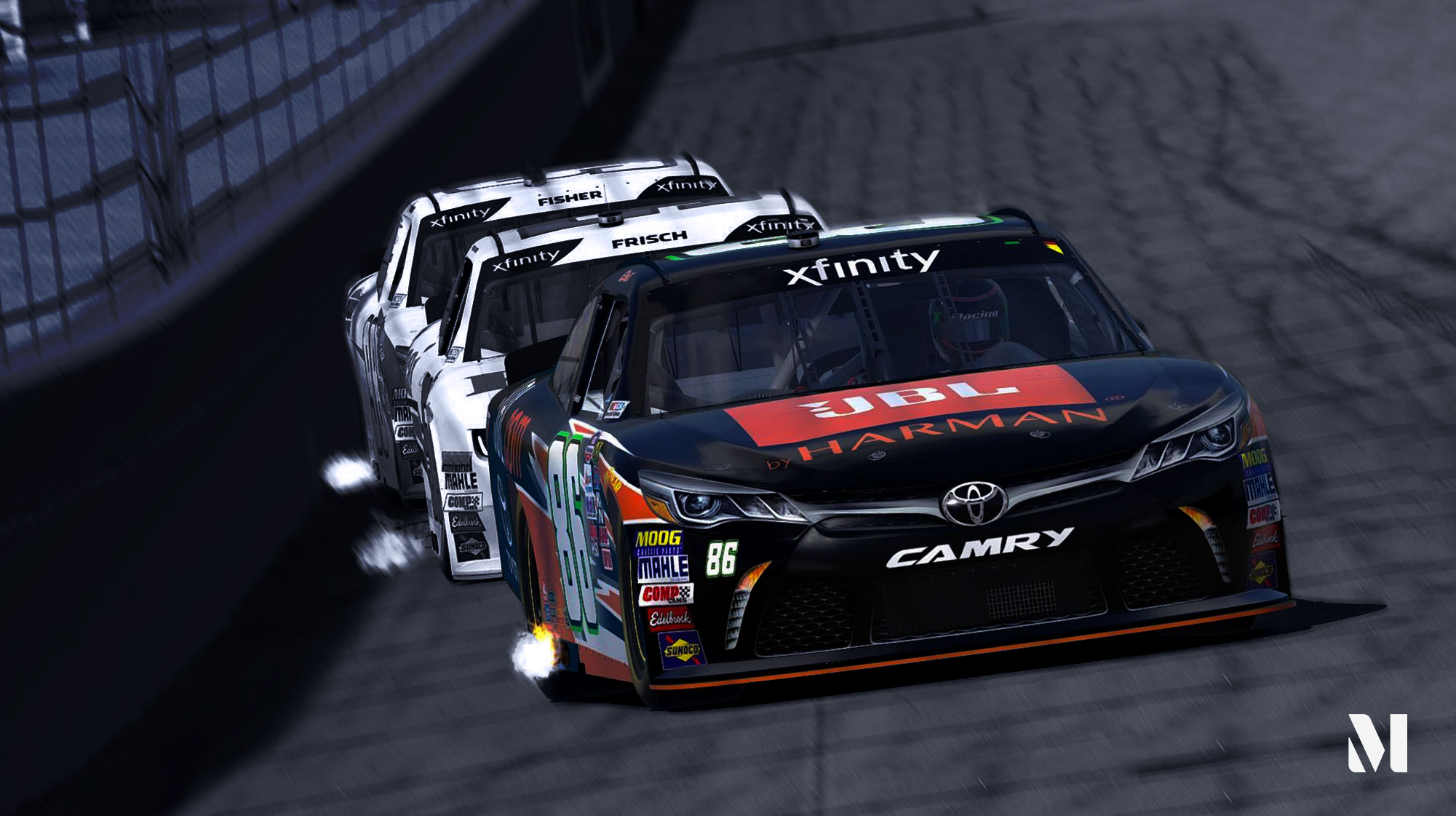 If bubbles hold and training camps stay true to form the next sixty days may be the most packed of watching…and consuming sports…maybe ever in North America. Golf, horse racing and tennis majors…NFL, NBA, MLB, NHL, MLS, AVP and WNBA all playing at the same time…even lacrosse gets to finish its outdoor season with the PLL and the PBR keeps rolling along as well. While it will be anything but normal given the time of year and the lack of attendance, the amount of content, action and drama that will hopefully play out on screens big and small will be historic.

As we move into that cluttered and exciting window, let’s not forget one that helped get us there and continues to innovate and enthrall fans every week, and perhaps most importantly, has led the way in brand activation, social activism and engagement as we all searched for a sense of normalcy in a world upside down…NASCAR. Their recently announced revised schedule will have the postseason kicking off at Darlington Raceway on Sept. 6 on NBCSN, and culminating with the crowning of a champion for the first time at Phoenix Raceway on Nov. 8 on NBC.

It started with the gaming pivot

From iRacing, which we covered at the start of the Pandemic, to limited fans in the stands, to broadcast innovation, to health and safety, to addressing cause, NASCAR has been leading the pack in creating discussion, driving interest and pulling in casual fans while the other major sports have sought to figure it out, and the result of that effort by leadership, drivers, team members and brand partners, will be invaluable for the circuit as others follow, advance and emulate their lead now that their flags have risen as well.

We should start without forgetting about iRacing, which NASCAR used as a trial balloon to give fans, and broadcast partners, a sense of normalcy in the early days of the pandemic. Not only did the program on networks like FOX look and sound real, it drove some real numbers, especially for an audience that was a little younger and more gaming savvy than what was typical. On average, 18-49 year-olds watched 54% of each eNASCAR telecast, outperforming older viewers, and it became the top cable sports event of the weekend almost every time races were shown. The Series averaged 1.0 million tuned in viewers per minute, clearly outpacing other esports properties.

NASCAR had the most seamless transition of any sport from live to virtual because they were able to easily put their drivers into the seats of simulated race cars. They drew the largest TV audience yet for an esports event, setting records when Denny Hamlin won at the virtual Homestead-Miami Speedway back in March with 903,000 viewers on FS1 alone.

The average value for a social post from iRacing doubled from the start of the season at the virtual Daytona track in February to the beginning of the pandemic in March. It then doubled again from March to April.

Then you had the reaction to the “Black Lives Matter” movement just as racing on the track was returning, and the authentic and poignant support for the cause across the sport, especially as it pertained to driver Bubba Wallace. While most sports turned up the volume on engagement and social activism, NASCAR’s approach, which showed a rainbow of drivers supporting the cause and Wallace specifically, (along with the banning of the Confederate Flag and the overall and proactive support of PRIDE Month) sent home a message, that NASCAR was both fueling and invoking change proactively, perhaps more than ever before. An example of acceptance? NASCAR's handles gained 26,000 new followers collectively after the announcement that they would be banning the confederate flag at races. That message, for fans as well as for brands, was powerful and positive, and has resonated well beyond the core following as racing on the track came back full force.

That reassurance and positive messaging to brand partners, as well as the ability to help craft and enhance stories through all forms of media, has put NASCAR in as strong, if not stronger position as a company than they have had in quite some time, all done through proactive, positive outreach and smart business planning in these most challenging of times.

How have those engagements with brand partners played out in the past few weeks, let's take a look.

First up is a longtime partner in Anheuser-Busch, one brand whose commitment to racing has evolved over time, and may be at its creative best these days. Busch Beer gave fans a surprising new way to be a part of the action like never before. Ten lucky fans had their images prominently featured on Kevin Harvick’s #4 Busch Light car for the race in Charlotte, NC on May 27th. Consumers were able to Tweet a picture of themselves with a Busch Light logo using #YourFaceHere and #BuschContest from May 13th through May 17th and winners also received a pair of tickets to a 2021 NASCAR race of their choice.

Toyota took advantage of the return to racing as one of the circuit's biggest partners. In addition to grabbing the title for two races, their exposure on social puts them in the lead thus far, with more than $2.5 million in brand value, ahead of Coca-Cola now. That is bolstered by some traditional successes, they have 3 of the top 10 drivers in the season-to-date standings.

Then you have NASCAR and GEICO, who teamed up to develop a creative and innovative way to integrate GEICO authentically into the conversation around Darlington and collectively celebrate the return to racing. With fans watching at a distance in the massive speedway, NASCAR built an integrated marketing plan that will culminate with a documentary airing in advance of the Coca-Cola 600 on May 24th. Content posted by teams, athletes, celebrities, and media around the 100,000 Cams campaign drove $181,000 in social value. A cadence of posts on NASCAR’s social channels encouraged participation and drove viewership when combined with FOX in-race integration and support. This was a great next step to GEICO’s iRacing integration around the GEICO 70 at the virtual Talladega Superspeedway. GEICO hosted the Golden Gecko Sweepstakes, where fans were encouraged to take a photo of the Golden Gecko when it appeared during the FOX broadcast and Tweet it @GEICO using the #GoldenGecko and #GEICO70 hashtags. One grand prize winner won a package that included a personal video message from Ty Dillon and other GEICO gear. Talladega Superspeedway and NASCAR helped amplify the sweepstakes on social.

Another endemic sponsor, Goodyear launched a whole host of activations starting at Darlington, ranging from broadcast content featuring Dale Earnhardt Jr, the “Return to Racing Sweepstakes” offering fans an opportunity to win a race used tire from the NASCAR Cup Series winner, and a NASCAR-themed kids activity as a part of the brand’s Goodyear Blimp Camp social program.

Then you have the new, disruptive brands who continue to step up in and around race day. One leading the pack is Blue-Emu, the pain relief brand that got great traction in its support of Bubba Wallace, and expanded its role with driver Landon Cassill ahead of the O’Reilly Auto Parts 125 at virtual Texas Motor Speedway. The company integrated into the eNASCAR Pro Invitational iRacing Series by providing Cassill with product and a branded backdrop to emulate an in-car camera view during his Twitch streams and live look-ins during FOX broadcasts. That led to more traditional racing exposure as racing returned, and a larger engagement platform for a company that has grown a niche with casual fans and can now morph into more mainstream.

What’s next on the course?

“NASCAR has always been about the engagement with the core; fans who live and breathe, and most importantly, consume the products in and around the race religiously,” said Chris Lenscheski, a longtime sports marketer who has helped develop some of the most successful brand campaigns across racing. “What we have seen this year is leadership getting out in front during the lull in sports and finding ways to amp up awareness and engagement by the casual fan base as well. That is leading to a growth in engagement that will benefit all involved for the long run, and we are certainly in a long run now because of the pandemic. All sports have challenges in business today, but NASCAR has done a good job of addressing and solving challenges this year, maybe better than ever before.”

Do we hope the bubbles hold for team sports as they return? For sure. Do we know NASCAR, in these most challenging of times, has found new and expanded engagement and activation platforms? Yes. While we can’t predict in any way how this pandemic race will finish, we do know that innovation and adapting to circumstances is key for success, and all in the industry can certainly learn from the course NASCAR has chartered. It has been innovative, thoughtful and successful, and their partners are better for it.