Lessons Learned From ESL On Brand Engagement And ROI 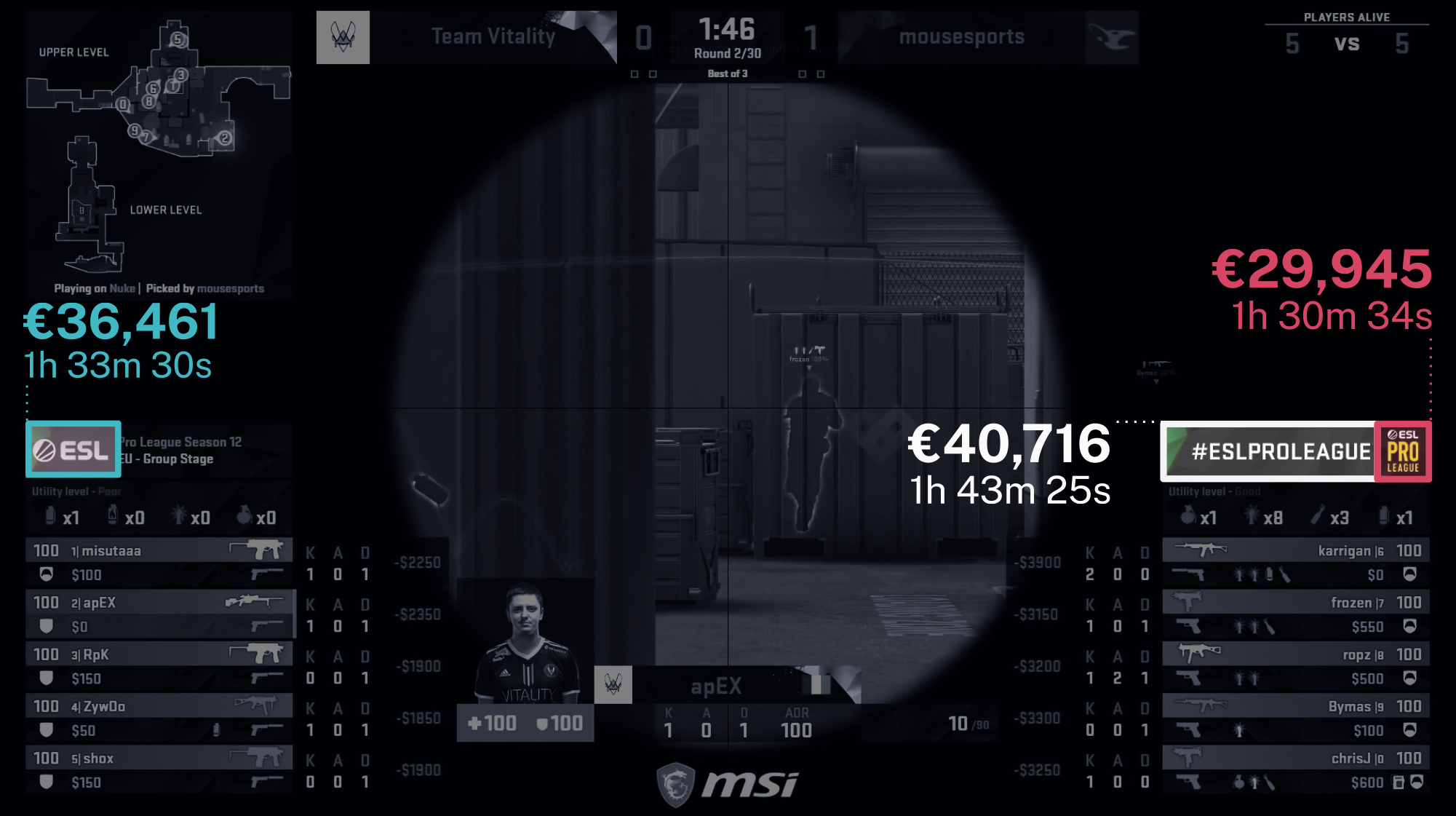 We look to the traditional sports leagues to determine brand value and ROI on sponsorships, but we are increasingly seeing the migration, at least on the engagement side, of brands to find growing value with a different demo through esports and gaming.

The choice is an interesting one for brands, especially those who would skew a little older, or might be averse to adjusting long term planning into an area of streaming where the measurement assets are still very fluid. Numbers for professional esports elite properties are global and show high engagement, but they can also be elusive in measurement and immediate gratification. We also have to factor in the fact that activation is almost all in a virtual space now; brands who were going deeper into esports were looking forward to onsite programs where things like promotion and product sampling could be that much more controlled.

With all that in mind, we took a look at the engagement, and the brand value, for the ESL Pro League and its brand partners, over the course of a single event between Team Vitality and Mousesports hosted on Twitch on September 19, 2020.

The goal was to see how engagement netted out with a global audience for one of the premier examples of where brands are looking for crossover value in esports. Where would the engagement be and how would it be perceived, and most importantly how, and why would some brands shine through while others got lost in the clutter.

We took a look.

For any event where streaming engagement is tantamount and the audience is more leaning back and watching vs leaning forward and engaging directly, placement is key. You have limited time, and limited real estate on the screen to make an impression, literally. We found that in-game logo placements by brands brought more than 67% of the value for those who were participating.

Be Where The Action Is.

This is an audience used to multiple screen usage, so when the game isn’t going on, they aren’t sticking around for commercial spots, or in the most part, for shoulder programming that is not tied to game play. Brand partners who found their way into match play  scored with engagement and resonance. Those who sponsored segments, even commentary away from the actual game, did not win out.

You Need To be Almost Always On.

As you will see in the data the logo and value for the league itself, ESL Pro League, got the most value. Why? It was constantly in game play. You could not watch more than a few seconds without seeing careful logo integration into the natural flow of the game. Those brands which chose to sponsor segments, or whose brands came in and out of game play, did not register as high as the consistent enforcing of the ESL Pro logo.

Consumer Brands, Even With Product Placement, Still Need to Supplement With Game Sponsorship.

The world of integration of product, and the use of QR codes during play for consumers to activate with, is growing, but it still is not as resonant in action as seeing the logo’s on screen. Gamers are accepting of the natural placement of logos so long as they don’t disrupt the flow. If they can find their way consistently into game play, they score. If they try for a less than authentic integration, they don’t have the stickiness. So it is not all about getting beverages, or even snacks, into the hands of the players, it has to be reinforced in the flow of action by logo placement.

There is much more detail about the winners and the runners up in the study. There is also a great deal of lessons to be learned as we still look for the value and understanding of crossover from what many consider “traditional” sports to the growing “nontraditional” business of esports. The learnings now with a property like ESL will set the standard for success, and help avoid failure, for brands willing to engage, and expand their audience in a world where traditional and nontraditional continue to have lines, and demos blurred.

Strategic findings from the ESL Pro League event on September 19, 2020, between Team Vitality and Mousesports. Hosted on Twitch, this report evaluates brand placement and performance during the stream.