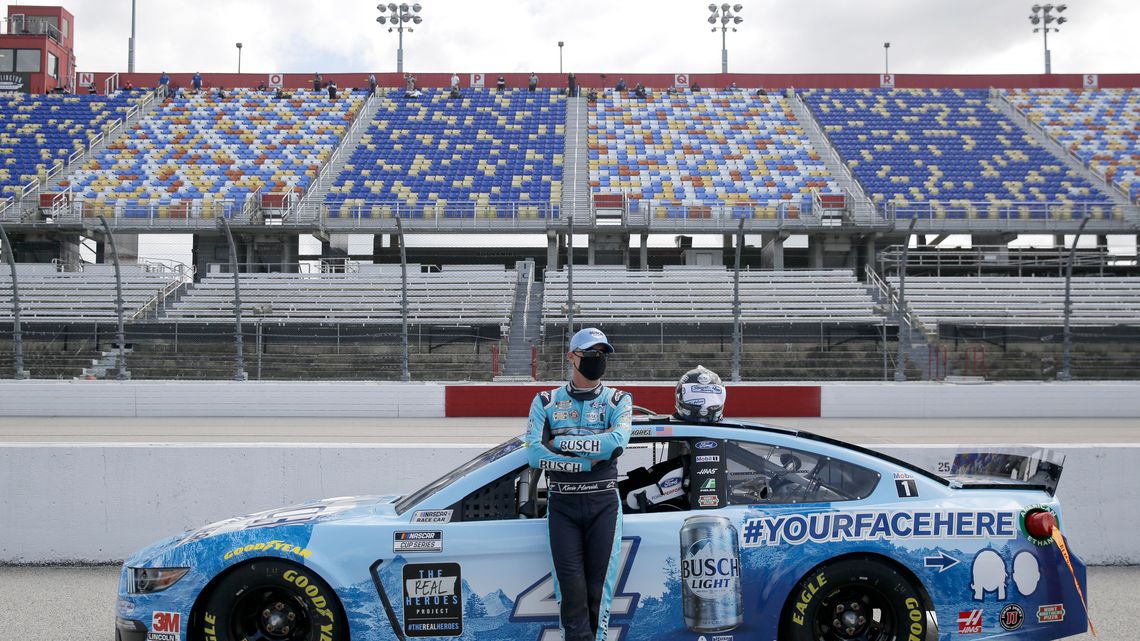 Purpose: To highlight the use of social media and broadcast exposure to engage with fans and drive value, highlighting different verticals and tactics sponsors can use to increase brand visibility, amplification and value through virtual events.

The postponement of NASCAR races due to the coronavirus pandemic sent fans into a frenzy, wondering when their beloved sport would resume, and what to do in the meantime. Partners, teams and drivers came together to seize the gap, transitioning from physical tracks to virtual ones. From March to April, Twitch saw a 48% increase in viewership, as athletes took to the platform to face off with one another, providing behind-the-scenes looks for fans, giving them unparalleled access to their favorite athletes and sports.

Drue Grady, the motorsports communications analyst at Toyota North America, noted the importance of adapting to the times and experimenting with content to engage fans both old and new. In a webinar held by Dallas Influencers in Sports and Entertainment (DISE), Grady stated that “we’re seeing a ton of people coming in and watching the sport that were not involved in NASCAR before because they’re looking for that live sport to engage with.”

To fill the space live races would consume, NASCAR leaned on its partnership with iRacing to launch the eNASCAR iRacing Invitational Pro Series for NASCAR drivers. The televised esports event broke records, bringing in an average of 903,000 views, 8.53% more than the previous record held by CW Network’s Mortal Kombat event in 2016. 28% of views came from first-time watchers of any NASCAR-related event, further emphasizing the pull of live-action during these times, even if the landscape looks a bit different.

Once the pandemic hit, Team Toyota was quick to respond, having their drivers upshift their presence across social media while creating unique content and fan experiences to encourage engagement and interaction. To fill the gap of live sports, the motorsport brand hosted the Toyota GR Supra Gran Turismo One-Lap Challenge, a virtual racing event pinning various Team Toyota drivers, such as Denny Hamlin, Harrison Burton and Jesse Love against one another.

Throughout the series, drivers shared their lap times across Twitter, tagging the next competitor and Gran Turismo in the posts to stoke the fire and increase visibility. Hamlin’s callout tweet to Burton generated the most social value by a driver in a single post. The tweet generated $2,200 in social value for Toyota, and the event as a whole drove $23,500 in social value for the brand.

As the game’s manufacturer, Sony received $16,700 in social value from posts made by Team Toyota drivers featuring the brand’s logo in-image or in-text and $5,670 in brand value for Sony throughout the event, with 86.3% deriving from Twitter interactions.

Now that live racing has resumed, sponsors and teams are incorporating what methods worked during the shutdown into the sport’s new layout. Without fan attendance, it’s critical for teams and sponsors to pinpoint and implement the tactics that did increase brand visibility and engagement during NASCAR’s nine-week hiatus.

Historically, NASCAR and its sponsors have leaned heavily on fan attendance and interaction to generate buzz and drive value throughout races. As one could imagine, the inability to fill the stands with spectators led to a minor bump in the road that called for change. In terms of content, NASCAR has typically created videos and graphics with high-production value and lengthy turnaround times to entice fans while generating buzz and value for partners.

As the first sport to resume play, NASCAR wanted to engage their immediate fan base and reach those who might’ve been wrapped up in the action of a sport that’s still on hiatus. Now, the focus is not only on the creation of diverse content but the amplification of it, too.

Last week, Facebook announced the launch of its new fan engagement app, Venue. Like Twitter, the platform has second-screen viewing, but with a slight twist. Instead of seeing a slew of comments continuously pop up throughout a stream, Venue’s broadcasts will have designated commentators leading conversations on the second screen.

NASCAR signed on as Venue’s first partner, with the platform agreeing to stream each race, with commentary by Fox Sports NASCAR reporter Alan Cavanna, and NASCAR driver Landon Cassil. Venue’s first test run took place at Nascar’s Food city 500 race on May 31, drawing in 2.93 million views to the FS1 broadcast, becoming the highest-viewed race on the channel since the Monster Energy NASCAR Cup Series in 2017.

In an article by SportsPro Media, NASCAR’s chief digital officer, Tim Clark, said, “Venue will provide users with a unique and exciting way to connect with fellow race fans from around the globe — all from the safety and comfort of their own homes.”

Using Venue’s unique interface to stream NASCAR races is likely to pay off for both parties. With fans eager to get as close to the action as they virtually can, the new app offers viewers a different and more direct watching experience than they’d get from a TV broadcast or a traditional live stream.

In the same DISE webinar, MVPindex’s Senior Director of Insights, Lauren Allison, provided perspective as to why fans seem to be flocking towards the broadcast of virtual events. Allison said that, “having one-on-ones with the drivers wasn’t a focus before, but it’s going to create such a mark during a time where people really want that human connection.”

So, what changes have teams and sponsors made to incorporate the human element we’ve all been craving that’s different than before?

For Mike Verlander, VP of Sales and Marketing at Stewart-Haas Racing, the main difference has been the virtual shift. Instead of face-to-face meetings, drivers are connecting with partners and holding virtual meet-and-greets with fans via Zoom. In an interview with MVPindex, Verlander noted that “social and digital media outreach is the lead vehicle to communicate with our fan base – COVID or not. But with no interaction allowed at the track, we’ve created virtual meet-ups and exclusive content to our fan base to augment the lack of physical fan interaction.”

With this, it’s crucial to note that although things have shifted to a more digitally-dominated playing field, old methods for driving brand value haven’t died out. Like many other things, they’ve simply shifted to a different vessel. The drivers, along with their cars, are still adorned with their partners’ logos. There’s nothing new about fully logoed fire suits and cars. The difference is in the message, delivery and purpose.

It’s not uncommon for drivers to share highly-produced celebration videos or post-race interview clips with reporters to their Twitter, Facebook or Instagram profiles. With current regulations only allowing a select few broadcasters on the track, drivers, like Clint Bowyer, are conducting their own post-race interviews, and are uploading them directly to their social media channels.

After the conclusion of the Cheddar’s 300 race at Bristol Motor Speedway on Sunday May 31, Bowyer sat down to recap the race via video on Twitter. Through this video alone, Bowyer generated $4,880 in brand value for Ford, with the tweet generating 9.18K engagements through likes, shares and replies of the post.

Now that drivers have been suiting up for races again, we’re likely going to see a lot more content from the driver’s seat across broadcast, streaming and social media. With only a handful of photographers and reporters allowed on the track, we’re probably going to see a lot more content directly from the drivers on their social media accounts, and we are here for it.

Despite the momentary hiatus from live racing, NASCAR and its partners found ways to stay connected with the teams, the drivers and the fans through virtual meet-and-greets, drive-alongs and Zoom conferences with partners. The use of in-simulator cameras on drivers brought fans behind the wheel like never before, and two-screen displays allowed for fan interaction throughout esports live streams and challenges.