Looking To The Sidelines, The Brand Power of Coaches Has Never Been Stronger

Those Leaders Remain An Underused, But Growing Asset To Consider In Campaigns 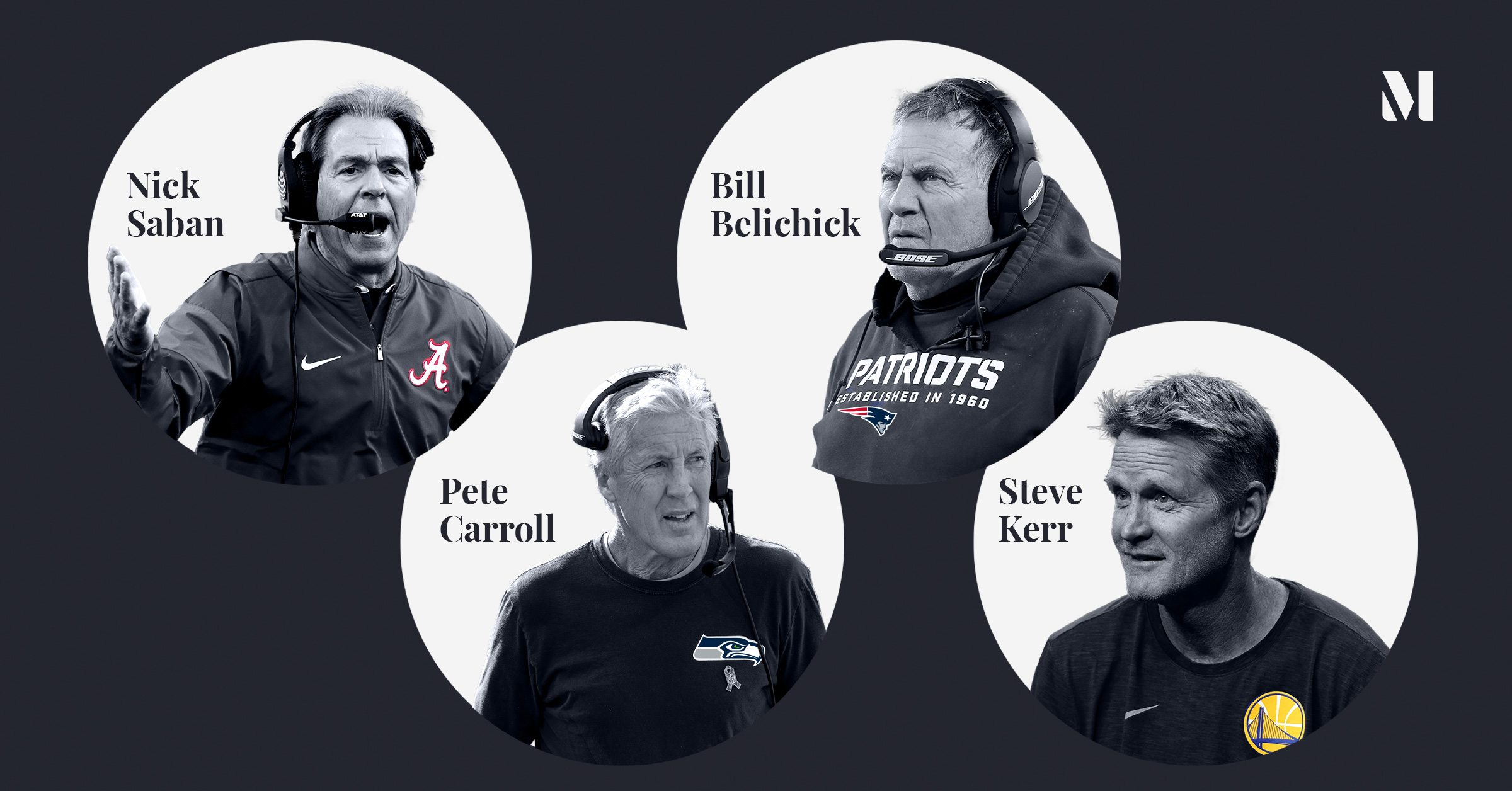 They have always been the iconic role models that have shaped thousands of lives, from little league to the highest level of competition. They are dedicated and driven, mercurial and emotional, volunteers and mercenaries, teachers, and mentors. They are coaches. Yet for all the time, effort and value they put in, these men and women usually never get the recognition or capitalize on their success as much as their athletes, despite that consistent presence in front of the cameras and the mic.

This year the presence, and the need for coaching, seems to have really blossomed. The NFL took us into their homes for the draft (the most "viral" moment from Draft Day was when Bill Belichick's dog took over the Patriots war room driving 17.3M impressions and $363,886 in post value, and the other being whatever is happening in Tennessee coach Mike Vrabel's house, with posts about his war room drawing 3.2M impressions and $65,073 post value); podcasts like the solid listen, “Flying Coach,” with Steve Kerr and Pete Carroll has gotten us further inside the mindset and the prep work of two successful leaders; author Michael Lewis has dedicated a year-long podcast project to learning and storytelling around coaches in business to elite sports. As COVID-19 exploded, we saw the value of college football coaches like LSU’s Ed Orgeron reminding people to wear masks, and long time Tennessee coach, now athletic director, Phillip Fulmar implore Volunteers fans to mask up and social distance in order to get near Neyland Stadium. San Antonio Spurs coach Greg Popovich has been one of the loudest voices speaking out on social justice: now retired Notre Dame women’s basketball coach Muffett McGraw keeps pushing the much-needed agenda of having women in leadership positions not just in sports but in business, and the list goes on and on.

The Iconic Seem To Shine

On the business side, we have seen some success. Yes, there are also the superstars; Pat Summit, Coach K, Calipari, Lombardi, Parcells, Torre, Bryant, that have crossed over into the mainstream, as much for their personality as for their on-field success. Bill Belichick has an upcoming commercial for Subway, Alabama’s Nick Saban has national deals with Coca Cola and AFLAC (which you can see here) , former Ohio State and Florida head coach Urban Meyer snared a national “Breakfast Coach” partnership with Bob Evans Restaurants, Villanova’s Jay Wright has done national campaigns for Lowe’s and Dove Men’s Care, Jim Harbaugh has hawked khaki Dockers for Levi’s, LSU’s Orgeron has used his unique personality and storytelling to find regional deals with Raising Caine’s Chicken Fingers are some good national and regional examples. However, as a group, probably because the very nature of coaching is selflessness and the field is so transient, coaches have rarely united as a brand to drive revenue and interest in the profession.

That combination of understanding the social presence, cause marketing, and consistency in leadership is now growing. We have seen large groups of coaches unite and become very effective in leveraging their experience and time in philanthropic endeavors. The NBA Coaches Association was one of the first movers on creating a committee to look at racial justice reform. Other conversations from minority coaches openly discussing issues they have come across have also taken center stage, and as we move back to the field, court and ice, the role, and the need, for coaches may be more needed and prevalent than ever, as they can help guide a sense of normalcy back to athletes, and families of all ages and backgrounds. Whether it is coaching in tuxedos, wearing pins for Alzheimer’s or Autism Awareness, getting teams to wear pink for Breast Cancer, not wearing shoes to generate interest for destitute children in Africa or raising money for cancer awareness by staging events and special tournaments, the coaching fraternity has found its niche as a brand, one that is consistent and powerful and can help guide even the novice to an area that is needed in crisis more than ever; consistent leadership.

One other element to note that has gotten lost in the battle over equality as well, and one that has really risen up again in the last few weeks. The meaning of taking a knee in coaching. All the attention brought to sport through that simple act is now considered by many an act of defiance; in reality, anyone who has been around coaches who are looking to get attention know the value of “Take A Knee;”  it has been, and still is, used as part of effective coaching to slow the process and pull focus to leadership; drop everything and stop…the incidents from Colin Kaepernick to what happened with George Floyd in Minnesota brought vastly different meanings to “Take a Knee,” so maybe now that phrase, used by coaches, can bring focus to cause of any type.

Is the mass fundraising and awareness effort by coaches just an extension of their usual selfless work, or can it lead to bigger branding opportunities on a commercial level? There are always the coaches and former coaches who breakthrough in beer commercials, and other individuals who find their niche in other business campaigns, usually after they have retired. Joe Torre’s work with Bigelow Tea and the constant references made to John Wooden in business circles are just two examples.

For a non-traditional, or a traditional brand, that is looking to find the right core group of motivated, well-spoken and dedicated spokespeople, whether they are head coaches or the mass of assistants, the coaching fraternity is an undervalued asset, and one that as we return to play can be more valued than ever before. One reason is their constant presence. The camera always finds and talks about them…on the professional side in the era of free agency, they are perhaps the most consistent faces, and even on the collegiate level their staying power far outlasts what even the greatest student-athletes do when on campus. While some, like the Seahawks Carroll, the Angels Joe Maddon and Kentucky’s Calipari and Michigan’s Jim Harbaugh have mastered the social media space, many are assets still waiting to be built, which gives anyone going the coaches endorsement route a bigger upside to build than established, and younger, athletes. Can you picture the brand value as the camera shy Popovich, a noted enophile, ties his name to a popular wine or spirits brand, or what Steve Kerr can bring talking tech in the Bay area? It gives you both name recognition and “street cred,” as well as consistency.

Now why don’t more brands latch on to coaches? Growing the social space is one reason. Many have been slow to build a following, but that is starting to change as they realize and embrace the power they can have. While the names are consistent, there is also a tendency for brands to grab the younger spots with athletes, trying to catch the proverbial lightning in a bottle. However as our population ages, and the largest growing demo in the US is 50 and older, the brand value of attaching to coaches who can speak for your company is rising. These men and women have lived the life, and are now leading, not following the next generation, which by the way, also includes fans.

The impact of coaches resonating with regard to cause and social responsibility has been outstanding, especially in these fluid and challenging times as consumers look to fill a leadership void. Now it’s time brands take a closer, and longer look. The eyes of the world are upon them more than ever, and these men and women have lots to say.